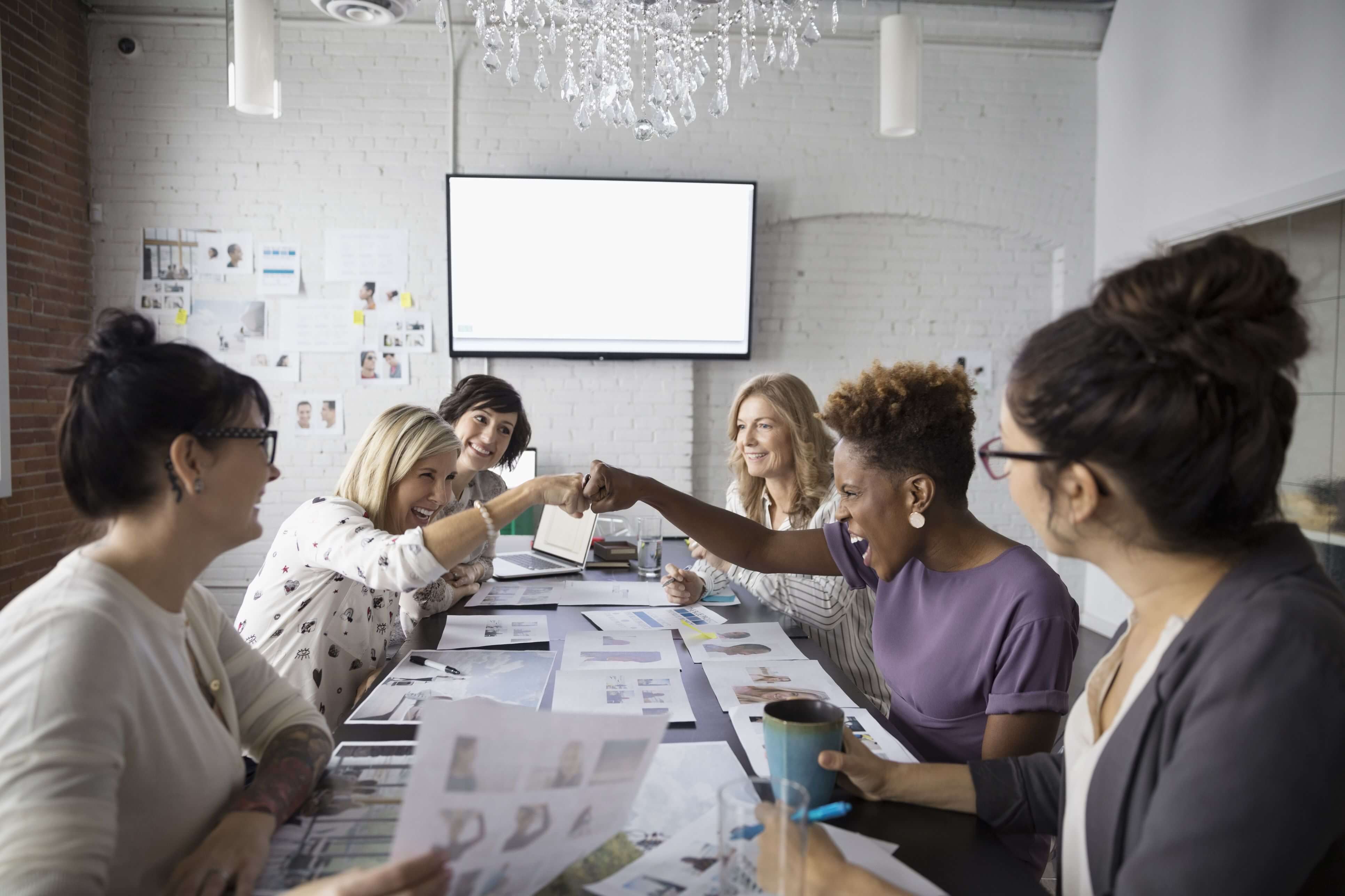 How to Give and Take Constructive Criticism: 5 Methods for Success

Constructive criticism is a useful tool in the workplace, but it can be difficult to provide. Learn the ways to make it easier. 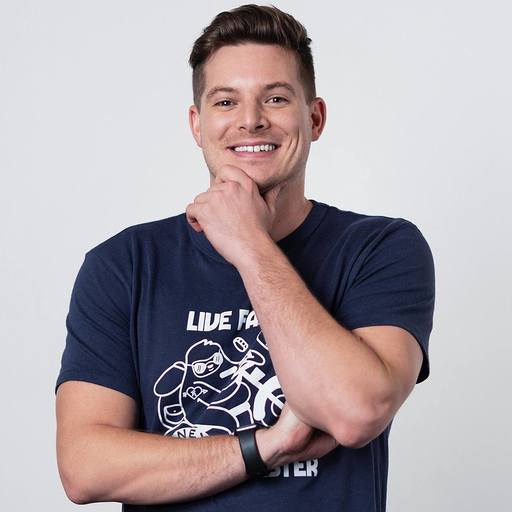 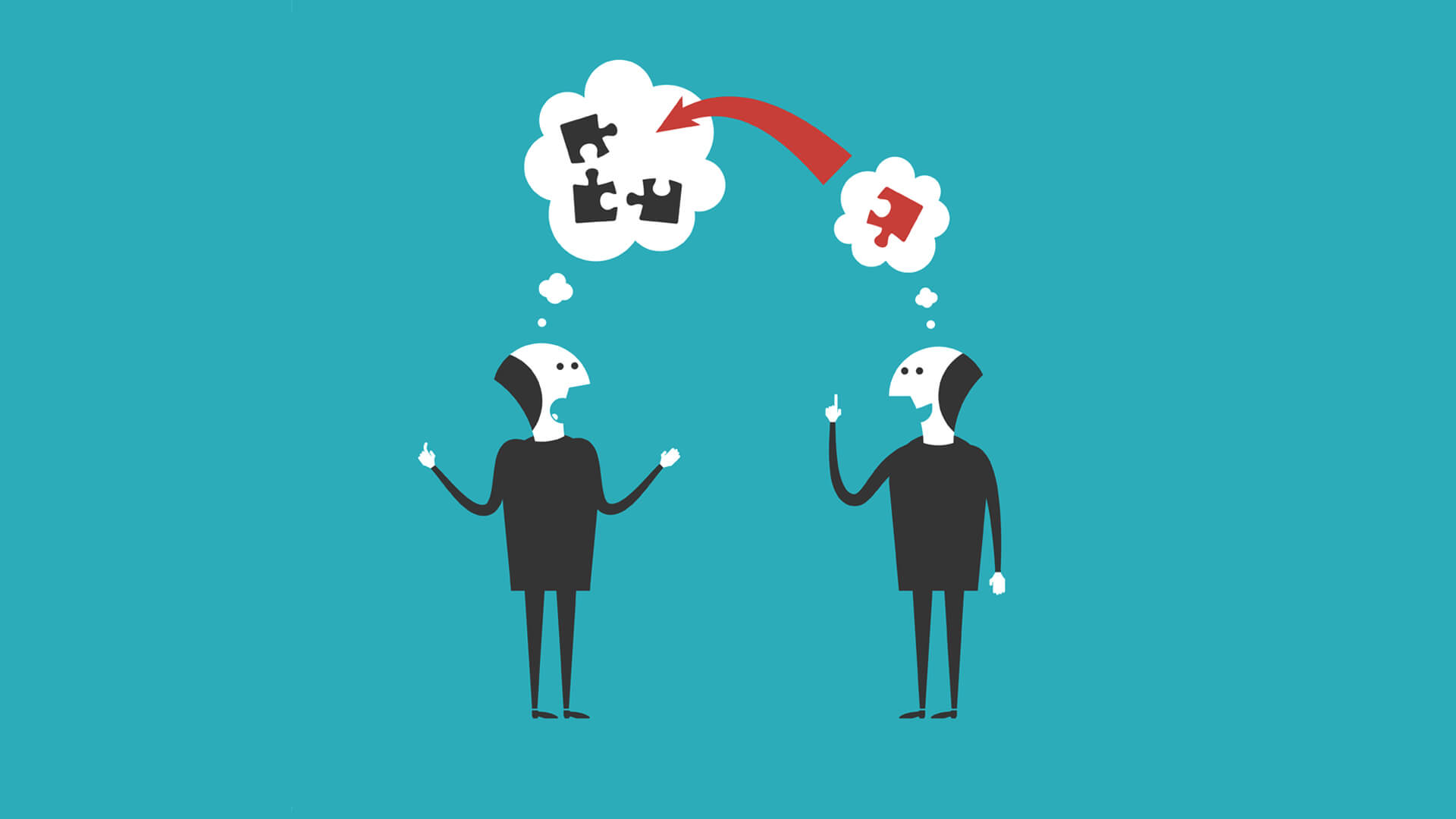 What is constructive criticism?

Constructive criticism is a very specific form of criticism that offers suggestions on how to improve something. It's not meant to be negative or hurtful but rather helpful and productive. This type of feedback is often given in the workplace or when collaborating with friends, family, and coworkers.

What are the 4 components of constructive criticism?

1. It focuses on specific behaviors or actions.

2. It is delivered in a nonjudgmental manner.

3. It is specific and clear about what needs improvement or change.

4. It offers possible solutions to problems.

There are some basic ways to make sure your criticism helps build other people up, not tear them down. But how do you know? What kind of criticism is constructive, and what's destructive?

Constructive criticism focuses on how the recipient can improve; it's specific, actionable, and encouraging. It helps people grow, develop and learn from their mistakes.

Destructive criticism focuses on what's wrong with the person (often pointing out their flaws) instead of what they did wrong. It can be hurtful and damaging to self-esteem.

Is constructive criticism good or bad?

Constructive criticism is good because it helps people to improve their work or behavior. It also allows them to hear what they are doing well so that they can keep doing it.

Constructive criticism can be bad if done poorly, as it may make the recipient feel bad about themselves or their actions. This could cause them to lose confidence in themselves and their ability, leading them to stop trying altogether.

The key to using constructive criticism in the right way is knowing how to deliver it effectively — And it's all about being specific, respectful, and honest. Thankfully, there are management tools like Assembly's 360 Review Template that make giving feedback effortless and more organized.

How do you give good constructive feedback?

Instead of saying, "you never finish your work," say, "I notice that you haven't finished creating the project plan." The first statement is vague. It doesn't tell your employee exactly what they did wrong or what needs improvement. It also comes off as generalizing the inadequacy of the recipient of the feedback.

The second statement pinpoints the problem with specific detail. It also gives your employee an opportunity to defend themself if there's another side of the story.

Don't make personal attacks on someone else; focus on the issue at hand and how it impacts the company as a whole rather than just one person's career goals or desires for promotion within the company structure itself.

Think about what would make things better for the person on the receiving end of your feedback. What would help them improve, grow, or succeed? You don't have to have all the answers—just some ideas for next steps that align with their goals and values.

If this is something they should just "get over," explain why. For example, because it makes them look bad or affects their performance in some way that could have repercussions down the road if not addressed right now.

What are examples of constructive feedback?

Constructive feedback is helpful and necessary when we want to grow as people and professionals. But some people are uncomfortable giving it because they don't know how to do it correctly.

Here are some constructive criticism examples that will help you give feedback in a way that helps people grow:

This shows that you want to understand and learn more about what was said. You might still disagree, but at least you are being genuine and trying not to attack or insult the person who gave you this feedback.

This shows that there is room for improvement and acknowledges the effort an employee has put into something that has worked well so far!

This is a great way to acknowledge that there are good things going on in the employee's performance while pointing out areas of needed improvement. It also puts positive action on their radar.

This is an excellent question because it asks the employee to consider their own performance and think about how they could do better at their job or the task at hand. Instead of just focusing on what went wrong, this question focuses on what went right and how it could be improved for next time.

This is another great question because it flips around the previous one by asking the employee for their perspective on how something could be done differently or better in the future.

Criticism can often make us feel attacked and defensive, especially when coming from a boss or supervisor. But you can learn to receive constructive criticism without taking it personally.

Here are five tips for doing so:

Make sure you understand the critique before you react. You might disagree with what's being said, but that doesn't mean your criticizer is being unfair or unreasonable.

Criticism is an opinion, not a fact. It's easy to get upset when someone criticizes you, but try not to take it too seriously. You can disagree with their opinion without taking offense or arguing with them.

Often, our first reaction isn't always the best one. If possible, write down your thoughts before speaking with the person who gave you feedback so that you have time to reflect on what was said and how well it fits with your own experience and perspective on things.

Even if that person has made a mistake or misjudged something about you or your work performance, it's hard to be open-minded about someone else's perspective when we feel hurt by their words or actions. But listening carefully and respectfully will help put things into perspective for both of you.

When people are criticized, they often feel attacked and become defensive — which prevents them from hearing what's being said objectively and fully understanding what the other person is concerned about before reacting emotionally instead of logically.

Receiving feedback as a manager is a little bit different. You want honest feedback, but when you ask team members for feedback, they feel nervous to tell you what they think - afraid that you might be offended or shamed.

Assembly's Manager Feedback Template makes it straightforward to ask questions, gather responses, and track progress. With this template, you can focus your energy on being present while your team is honest and open in providing feedback to you.

In the end, constructive criticism is only effective if the person who receives it knows how to interpret it. It's easy to dismiss criticism because you're naturally inclined to do so, but that doesn't mean it's right.

If you're going to engage in authentic criticism, you need to learn how to take it and how to give it properly. That way, your feedback will be a beneficial tool going forward, and your relationships can improve as a result. 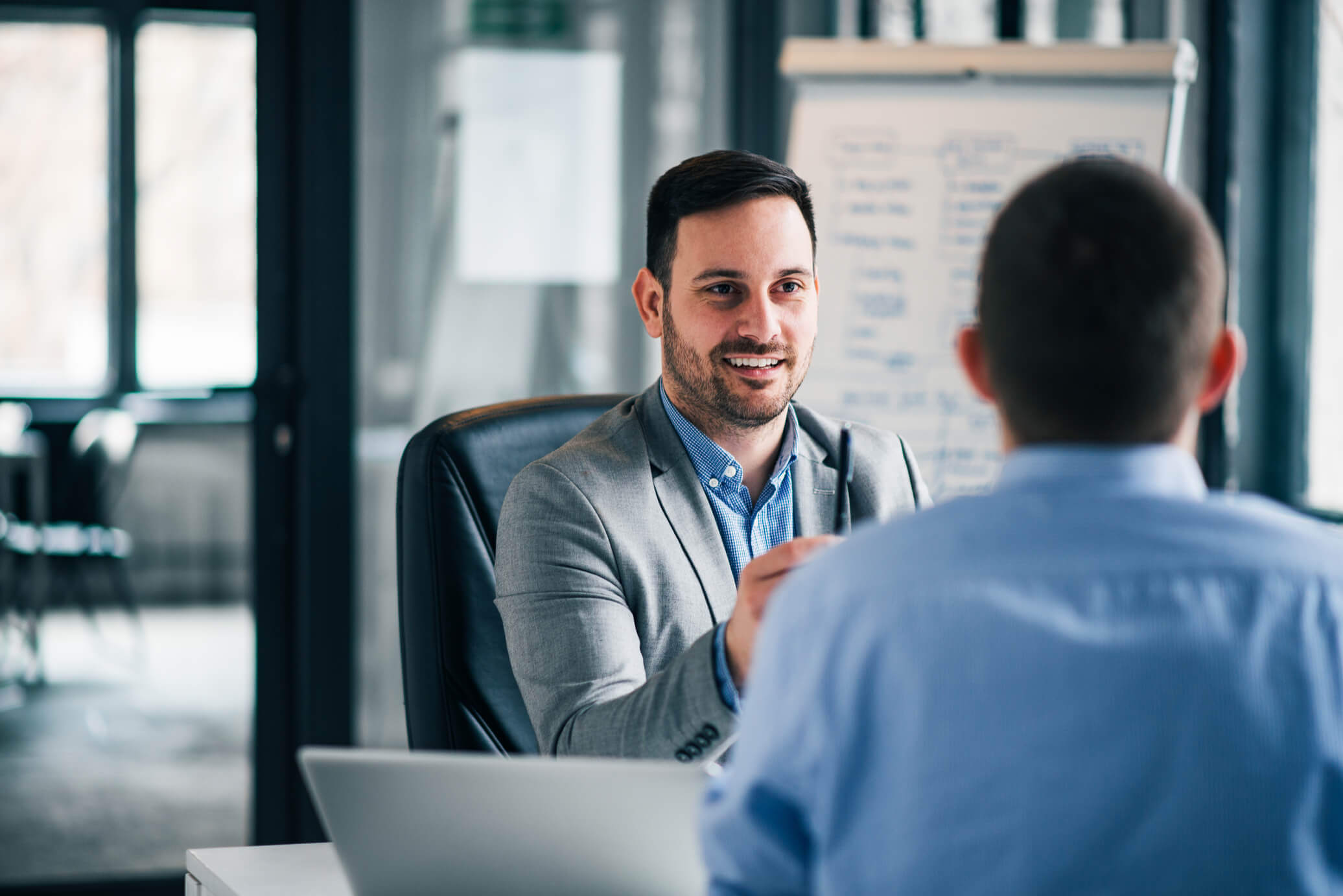 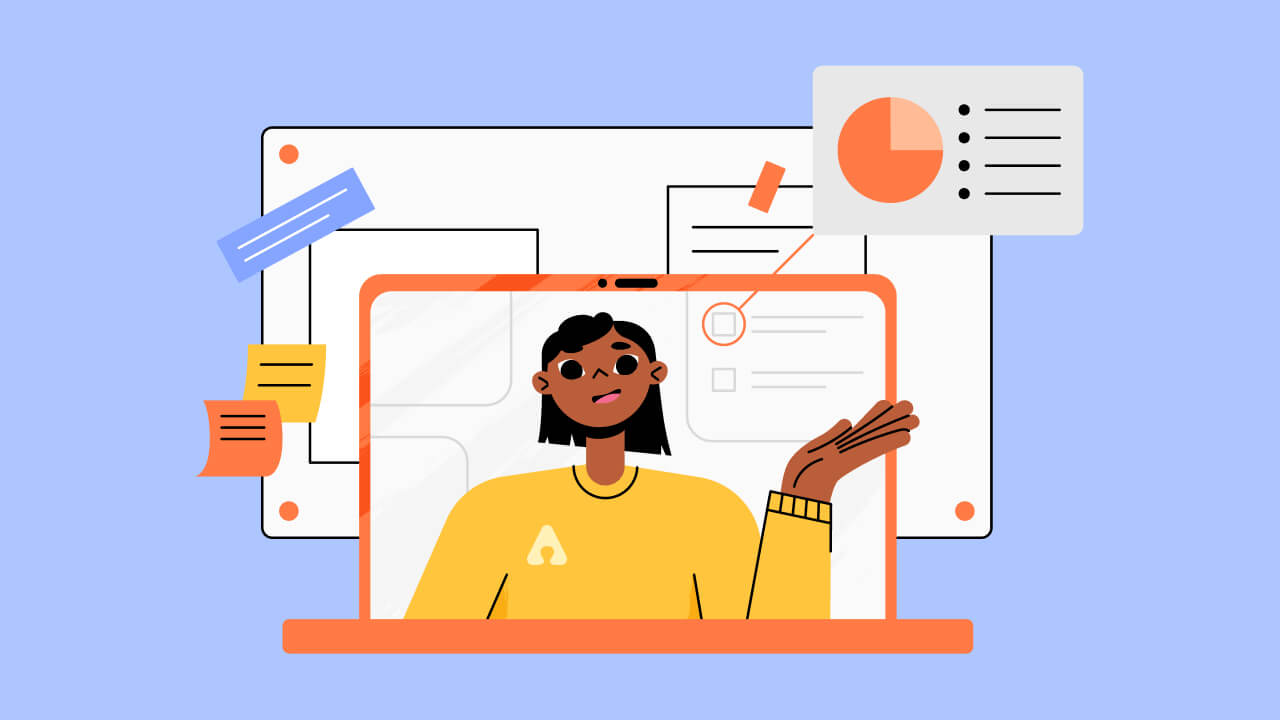 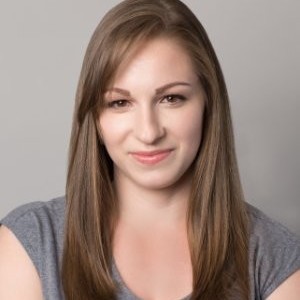